You are on the site of

I’m getting ready to begin work on Book 2 of the Rachel Vaughn Supernatural Thriller series, so I dug into some of my earliest notes from January 2018.

And I found this. Imagine my surprise to read something that I wrote written in first person voice!

That’s not how I wrote Book 1, and I don’t know why I changed the approach. I kind of like this. What do you think?

I was taught to keep secrets. The teacher (my mother) also demanded honesty. Most of the time I just kept my mouth shut and tried to stay out of trouble. Eventually, keeping secrets with honesty became a real skill. A skill with benefits.

Third, secret keepers don’t ask personal questions. Questions open up conversations in a way that might lead to speaking a dishonest word in order to hold sacred the truth kept for others.

Secret keepers, at least those who have mastered it, live boxed-in lives.

They also see things that others don’t.

The doorman looked up, nodded his good morning, and reached over the desk to hand me a butterscotch. He noticed things like that about me. I’d never told him about my penchant for butterscotch. He’d just figured it out. He and I were good at that. We also knew that if we ever talked about things beyond the boundary of the butterscotch, we might betray the trust of the people who’d confided in us, leaking precious truths meant to be held sacred.

The garbage smell is overwhelming this morning. The collectors have been on strike for a couple of weeks and the garbage is everywhere in piles on the street, butted up against the gutters. New Yorkers get used to things like this. After all, living on a small island packed with skyscrapers containing over 7 million people requires accepting the bad with the good. Smells, noise, people stepping in and blocking your view at Zabars when you’re just trying to get a better look at the cheeses…those things come with the territory. Fortunately for me, New Yorkers are talkie people, leaving me to the comfortable role of listener. As I smile and nod at the lady in the bank line who’s telling me her life story, I scan the area for threats or unusual behavior. She likes me and wants to meet for lunch one day, or even go to a show. I say, “Sure, that would be nice,” just as she turns to take her spot at the teller window, and I notice a young man in the next line over who’s sweating like a pig.

“Next,” the platinum-blonde teller chimed, looking up to nod the next person over to her window. The sweaty guy starts toward the glass while fumbling around for something in his jacket pocket. I feel my jaw tense up like it does when I sense something’s about to go south.

Sweaty guy puts his mangled paycheck down on the counter. From the rear of the lines near the entry doors, the sound of breaking glass and crunching steel fills the waiting area, jolting and then sending the dozen or so customers running to the outer doors on each side of the building. Darkly dressed people wearing masks suddenly appear at each exit, holding up long guns as barriers against those trying to get out. A dark colored Land Rover has crashed through the front doors and more masked people are getting out, each armed with a handgun. I crouch low and back my way toward the end of the teller counter, hidden from view behind sweaty guy and two larger men. I crawl to a low shadowed alcove behind the counter. The platinum teller and her co-teller look down at me. Flashing my badge and weapon, I shake my head, pointing to the main area and hoping they understand not to look at me. They eye me, telling me they understand, but now I have only a few precious moments to sort through what to do. One from the Land Rover demands quiet and the lobby goes silent. He orders the customers to sit on the floor facing the counter wall, and stations two others from the Land Rover behind them, long guns pointed at their heads. I peek out from the alcove and notice sweaty guy is still standing at the counter window. But he’s not sweating anymore.

What’s up, sweaty guy? Who are you? 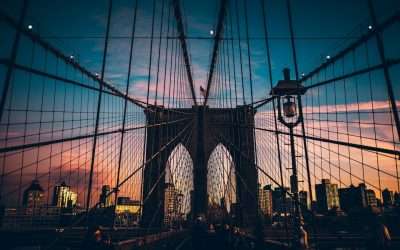 The Brooklyn Bridge is a bridge in so many metaphorical ways. In 1883 its construction bridged history with the future... 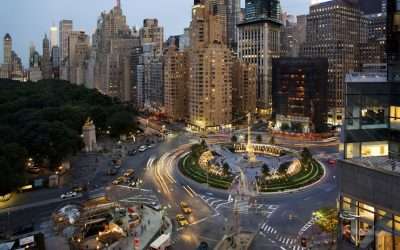 The atmosphere felt suddenly surreal as I sat down at the dinner table and saw in my mind an image of Snow White... 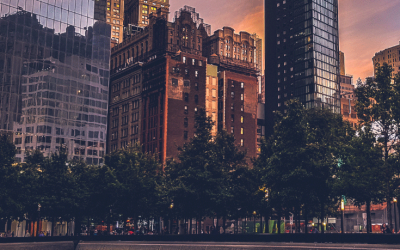 Elevators represent a different way of moving through space, so it seems appropriate that Rachel would find herself...